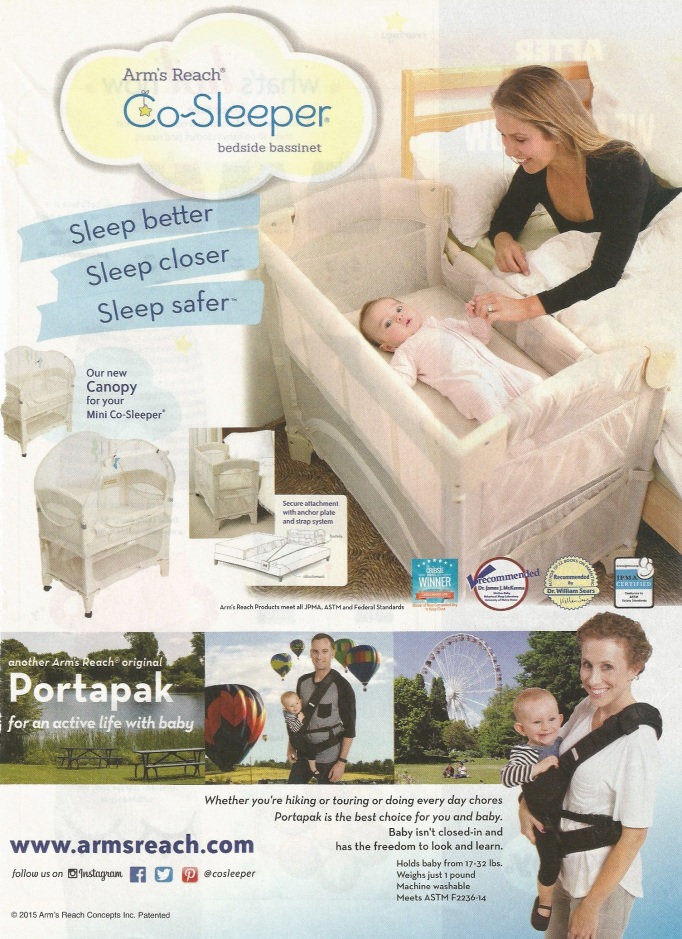 It’s a nice breath of fresh air when someone isn’t afraid to show a dad in a nurturing, or dare we say, snuggly position.  But that’s exactly the case with Arm’s Reach, who does what’s unfortunately the unthinkable for so many baby product companies – placing a baby carrier on dad.

It’s a sight we’ve all seen before, be it the park, library, or store. But for some reason, companies have a hard time going there.

Alas, the ad is great, where Arm’s Reach takes a small and brief moment to show a dad in a positive fashion, which validates that it must believe – on some level – dads do indeed shop and parent, too.

Last year, a Kansas City television station put the combination of dads and baby wraps in

a less-than-flattering light while simultaneously making a mockery of fathers in other ways.  That station would do well to learn from this undertaking by Arm’s Reach, who isn’t afraid to put dad in an ad that also promotes a bassinet.

Anything placing dad in a position of nurturer is encouraging and needed.  Mother’s and Father’s Day occur in back-to-back months, yet you’ll be hard pressed to find many hearts on cards for dad – it’s more like neckties, easy chairs, power tools and beer mugs.

We say celebrate the love and warmth that comes from a father.

Keep up the good work, Arm’s Reach.  We’ve already heard from a few dads who appreciate the message you’re sending to America!

I’m going to take a stab in the dark that, more often than not, moms attend the appointments of their children at your office.

But when dads do attend said appointments, there’s a lot you can do beyond health care.  T 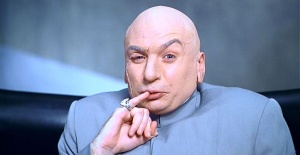 ry, with all your might, to look at the dad.  Dads see you talking only to the mom, making them feel like a child in the room who doesn’t know what you’re talking about.  You could even take it step further and actually involve dads in the conversation.  You might be surprised that:  A. They know more about their kids’ health than you think, B. They’re going to make your life easier and the well check appointment quicker, because dads aren’t going to bring up that misaligned eyelash on their 4-year-old that mom brings up at every appointment, causing you to roll your eyes when no one’s looking.

[Softly hum “His Truth is Marching On” in background while continuing…]

You see, dads are people too.  Dads count.  Dads aren’t the stereotypical,  bumbling fools you grew up watching on sitcoms whose kitchen explodes because dad cooked a family meal for the first time when mom was out.  Indeed, there is no such thing as Mr. Mom.

So, kind doctor/dentist/support staff, some of you are dads, too.  Remind America that dads haven’t been left out and they can make decisions about their kids’ health.

[…hum even louder, but picture a dad in a doctor/dentist office with a flag flapping behind him…]

Stand up for what’s right, and defend the freedom of dads in your office!

The employees of dadmarketing 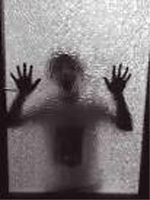 Did you ever not get invited to something?  Did someone forget you at roll call time?  Was your name ever left off a list?

No one likes to be left out.  Exclusion is a dirty word.

But that’s exactly what companies all over America do everyday, and it’s more than hard to believe.

In today’s world of money-drives-everything, what major corporation — with hundreds or thousands of employees — would forget to look under every single profit stone possible?  What marketing department would miss the obvious, low-hanging fruit?  What president/ceo (and their board) would allow all this to be missed, after years and years of operation?

If you’re a dad, you may already know what I mean.  You’ve been left out.

Take a look at the marketing of products and services around you, and you’ll be surprised to find many major brand names pitched largely to moms.  Our great nation demands equality and political correctness (via the media), yet this is a form of old-fashioned, reverse consumerism discrimination.

Why is this so?  Let’s use this site to discuss.