Recently we noticed a Disney Moms post which identified a dad as a mom, so we shared that inaccuracy with the Twitterverse.

A handful of Disney supporters offered comments. In fact, they told us not to worry, to direct our energy toward other things and offered assurance of respect for dads.

That was nice, but it offers plenty for discussion. 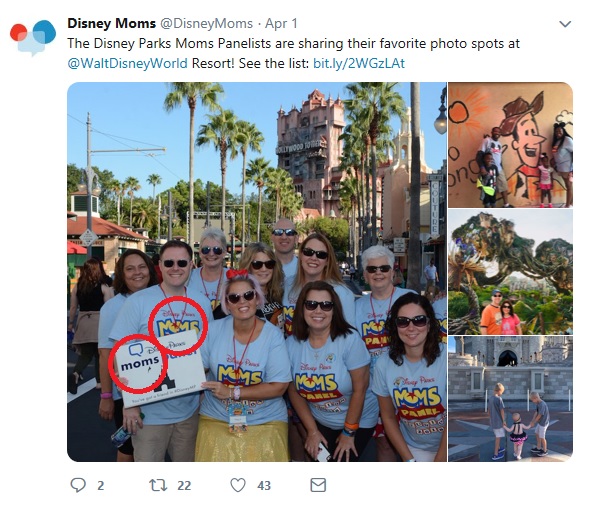 It’s great to hear that Disney Moms appreciate dads. In previous posts we’ve regularly lauded the program’s intentions and agree that dads comprise a valuable part of the group. If you’re planning to visit a Disney park, this program does offer great advice. There’s little doubt in our minds that dads are indeed loved and appreciated by participants on the panel.

Well, mostly. If they were truly and fully appreciated, dads wouldn’t be excluded from the program’s name. As for respect? Not completely.

One definition calls respect “a feeling of deep admiration for someone elicited by their abilities, qualities, or achievements.” It’s hard for dads to feel fully appreciated when the most honorable title achieved upon the birth of one’s child isn’t stated – or even acknowledged.

The dismissal of our concerns, however, is cause for disappointment. When those commenters asked us to direct our energy toward other matters and not to worry – it made us feel like our concerns didn’t matter, rather than acknowledging them and admitting the obvious discrimination.

We’ll admit it’s hard for anyone on the panel to do this. Those members are getting nice perks and probably aren’t even allowed to voice displeasure over the current Disney Moms name. If they did, it might mean the end of extras and incentives.

Hey, we get it. No panel member is going to bite the hand that feeds them.

One woman commented, “it never really was much of an issue.”

Perhaps from her perspective. But she’s not a dad. Ask the millions of dads elsewhere who don’t sit on that panel and only see a major brand name ignore their very being. Most dads live their lives as secondary parents to moms. Just ask Huggies. Or watch videos. Or read magazines. Or follow our Twitter page.

Language is one of the most powerful means through which sexism and gender discrimination are carried out.

This is no different.

No mom would like being called a dad, right?

We successfully lobbied Kix, Jif, Cheerios, Pampers, Huggies, Luvs, the New York Times and other major brands to make changes, and we’ll continue to advocate for equality and inclusion.

The awkwardness of having Disney call a father a mother – and seeing men accept that – isn’t bound to last forever.

It’s time for Disney to make everyone feel like true guests. Dads are waiting.