Yogurt is no more a feminine product than a bowl of oatmeal is masculine, but try telling that to your mouth – or your mind.

Product positioning has long labeled yogurt as diet food, which attracts a certain kind of customer. And that customer is typically female – one who tends to be concerned with how she looks to others.

Genderizing a product is really nothing new. The Marlboro Man sold cigarettes to men for decades. Hungry Man dinners and Chunky Soup appeal to men, as well. There are also plenty of other pointlessly gendered products that are sure to draw a chuckle.

Much of it is nonsense. Of course, there’s nothing feminine about milk, cream, fruit and sugar blended into one. Executives are merely trying to target their strongest demographic by positioning products around selling points that appeal to women.

So we know how they do it, and we know why they do it, but a larger question remains: why turn away revenue by ignoring those remaining customers?

The NFL remains one of the most successful American ventures around. It enjoys a varied mix of massive fan interest via huge TV ratings, millions of tickets sold, team apparel, fantasy leagues and its own TV network. The list could go on and on. Let’s also not forget that little game played at the end of the season which has become a cultural phenomenon like no other – the Super Bowl. This event has become far more than just a football game. Super Bowl commercials are a spectacle to behold, achieving status as the most valuable piece of TV marketing real estate in the world.

Yet despite the large focus on advertising, there’s no doubting that football is predominantly a man’s game. There has not been a single female player in the history of the NFL, and this male-dominated business appeals heavily to the masculine side of human nature. 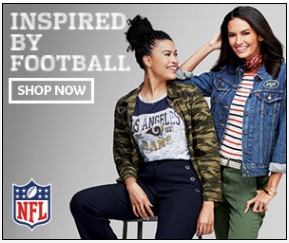 Rather than focus 100 percent of its effort on targeting males even further, the NFL has invested millions in marketing campaigns aimed at women.

Female viewership of the NFL grew by 26 percent from 2009 to 2013, according to Athletic Business, which also said that 53 million women in the U.S. watched the 2015 Super Bowl, almost half the total audience of 114 million.

Couldn’t Yoplait do the same with men and dads in their world? Instead, it touts a #MomOn campaign that squarely ignores the contribution of fathers to raising and nurturing children. 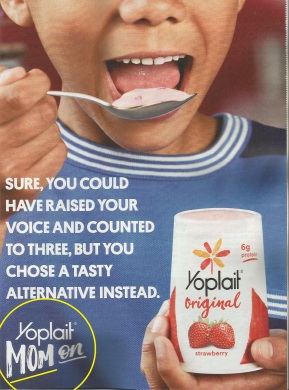 Today’s customers demand inclusion, equality and far less stereotyping. Dads are being left out in a really unfortunate way, and promotions like #MomOn aren’t doing anyone favors, because it also unnecessarily heaps all the responsibility on women.

It’s going to take a little more work than having Cam Newton serve as a spokesperson or slapping “Official Yogurt of the NFL” on cups. And we certainly don’t need more genderized gimmicks like Brogurt. Remember what happened to Lady Doritos?

Yogurt need to be reimagined, because today’s modern family has changed and parenting is shared.

The first yogurt who can figure this out stands to reap tremendously in a confused and oversaturated yogurt industry.