There’s been a lot of talk about the “Mr. Mom” reboot on Walmart-owned streaming service Vudu.

Most of it has been centered upon this being Vudu’s first original series.

There’s also a bit of buzz about its need – as in, no one really asked for it.

“As parents, we want to share with kids the TV shows and movies that we grew up with,” he said to Variety. 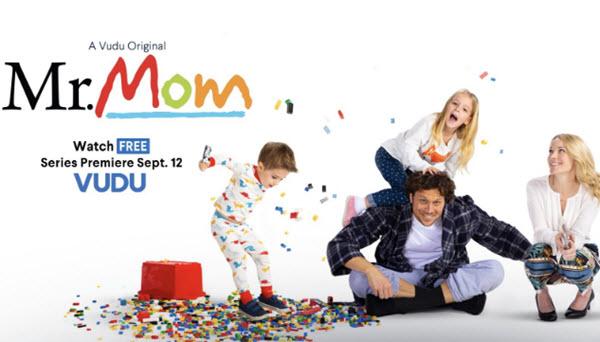 There’s just a few problems with that kind of nostalgia. Namely, it’s sexist – pure and simple.

Look back at the 1983 version and you’ll find a rather simple, primary plot: the dad was a stay-at-home parent. That was it.

It offered laughs for a generation of parents who cheered at the ultimate family role reversal. Switching mom’s and dad’s jobs made for instant comic fodder, especially after decades of expected social norms.

But even by 1983 standards, those roles had already been transforming for years. It’s not like mom wasn’t already working outside the home. She was, and stay-at-home dads were already a thing, though admittedly less common.

And yet as successful as “Mr. Mom” was for its time, it bears mentioning that there was never a sequel, the go-to bread-and-butter for any Hollywood studio executive.

Fast forward 36 years later and you find a world where parenting roles are blurred, and a marketing/media industry that clearly hasn’t caught up with the times.

Then there’s that title.

You’d be hard-pressed to find a term more offensive to dads. After all, they’re not moms – they’re dads – and there’s nothing emasculating about working inside the home and taking care of children.

For years, dads have been unfairly mislabeled Mr. Mom – a name that’s not only insulting, but erroneous. Would anyone dare call a working mother, Mrs. Dad? Moms don’t exactly find that term endearing, either; it’s not their job to cook, clean and tend to the kids.

And yet studio executives pass off this as nostalgia, or comedy – or whatever.

It’s no joke watching a dad care for his children. Imagine a show that laughs at moms trying to make it in the corporate world. Or work on cars. Or play sports.

It wouldn’t happen because they can do those things. The parenting community has matured and evolved. Hollywood, to a certain extent, has too.

Damsel-in-distress movies have gone by the wayside because they’re old-fashioned and passé. Today’s audiences want to see “Wonder Woman,” “Captain Marvel,” or Rey take down the First Order in “Star Wars.”

Its films like these – with plenty more on the way – which shape public perception of females. Here we begin to see assertive, independent, active leaders. Those successful female characters don’t politicize, sexualize or diminish their gender, they just lead. We begin to accept this new fantasy as reality, and of course, we have to learn how to deal with reality.

No male should have to show his feminine side. He doesn’t have one – he’s a man. And it’s no fun being ridiculed as a parent, which is completely different from encountering laughing matters while parenting. That happens to everyone.

There is, however, a completely masculine way to parent whether you’re cleaning the home or working outside it.

If you’re a dad in today’s world, sometimes you have to do both.

Someone ought to let Vudu know that.