For many Christians, the four-week Advent season is time of expectant waiting and preparation for Christmas. The strong emphasis on waiting is similar to how Jesus’ parents – Mary and Joseph – waited for their child to be born, which is, of course, fully comparable to any parent today waiting on the birth of a child.

Waiting isn’t always fun, but that’s exactly what dads have been doing for several Christmases now, and it has nothing to do with pregnancy. They’re waiting for Fisher-Price to acknowledge them as equal parents and users of their products.

It’s at the Fisher-Price website where it showcases a video (scroll about halfway down) undermining dad as not only a parent, but also as a customer – a cardinal sin of any business. 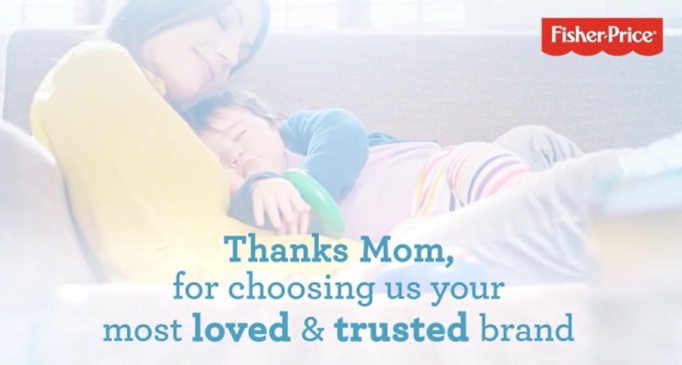 The video warmly thanks moms for choosing Fisher-Price as the most loved and trusted brand — a wonderful gesture — yet Fisher-Price happens to forget someone. Awkwardly enough, the video highlights two fathers during its one minute montage.

All of it is like being at a party where the host only greets and speaks with the wife, not the husband. 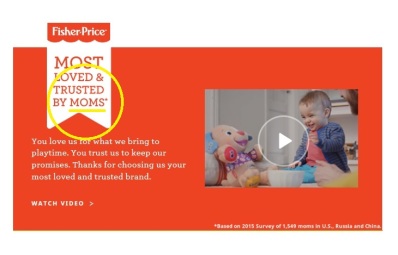 But equally surprising is that this video was based on a 2015 survey, which begs two immediate questions:

Unfortunately, the video isn’t the only exclusion Fisher-Price exhibits. Its online commerce store remains consistent in ignoring fathers as important nurturers and members of the family (photo right). 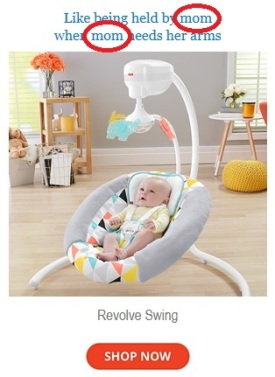 Fisher-Price was founded by three individuals, two of whom were men, and together devised a mission to “keep enriching the lives of young families.”

If they’d like to honor their past and fulfill that mission, perhaps Fisher-Price could make a quick revision and respect the many breadwinners whose income went toward the purchase of a Fisher-Price product.